Plantation shutters not only look beautiful, they also allow you to control light in various ways. You can angle the louvres upwards or downwards or close them entirely to darken a room. These versatile window coverings come in multiple configurations that provide even more control over light and privacy. Here are several options you may have.

Hinged shutters let you swing them open for a clear window view. That way, you can let daylight freely shine inside. Once they're open, they frame the window at the sides, giving it a picturesque look. Hinged shutters typically provide more options than fixed shutters, on which you can adjust the louvres only but not move the frame.

Some homes have expansive sliding glass windows or doors that lead to a patio. You can protect these spaces with sliding shutters. The benefit of these shutters is that you can glide them sideways to open the room to the outside.

But you can also close the shutters to create a cosy space in the evening or in chilly weather. Other window coverings, such as roller and Venetian blinds, don't fit as snugly within the window frames to act as a pseudo wall.

Another possibility is bifold shutters that fold all the way to the side. These designs also suit large glass areas that overlook a garden. You can even install bi-fold shutters that function as room dividers to separate a living space into sections.

If your home has tall windows or doors, you don't necessarily need to cover them with plantation shutters that extend the full height. Instead, you could install two-tiered shutters that allow you to operate the top and bottom parts separately. You might install these, for example, in a bay window that faces a busy street. You could close the bottom shutter for privacy while letting daylight pass through the top section. The two tiers give you more options for controlling light and privacy.

You can also install plantation shutters with solid panels instead of louvres. You could install shutters that are totally solid or solid in sections. These tend to give an old-world look, especially if the solid panels are contoured and shaped. 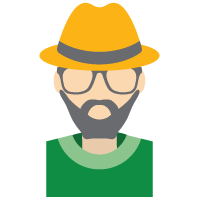 Hey! I have started this blog to demonstrate to the rest of the world that by taking a few easy steps, you can make your home and garden look great! My home and garden used to look terrible and I didn't think it would ever look fabulous. However, all that changed when I met my current husband. He is a real expert when it comes to home and garden improvement. He taught me the steps I needed to take in order to install a new patio and to renovate the interior of my home. I have learnt so much, I knew I needed to share it with others.

Need Space? Tips For Effective Use Of Your Storage Unit
17 February 2022
If you've run out of space in your home, and you're ready to clear out the clutter, consider renting a storage unit. One of the great things about ren …

Plantation Shutter Configurations to Consider for a Home
22 November 2021
Plantation shutters not only look beautiful, they also allow you to control light in various ways. You can angle the louvres upwards or downwards or c …

What Goes Into the Best Kitchen Designs?
20 September 2021
All kitchen renovations are different. Even two neighbouring properties with exactly the same sized rooms will have very different kitchens once they …